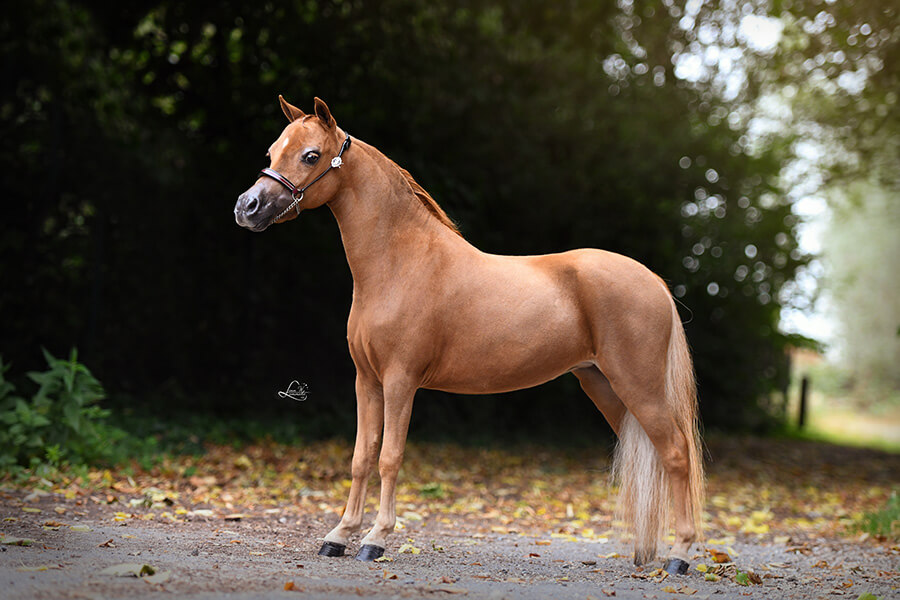 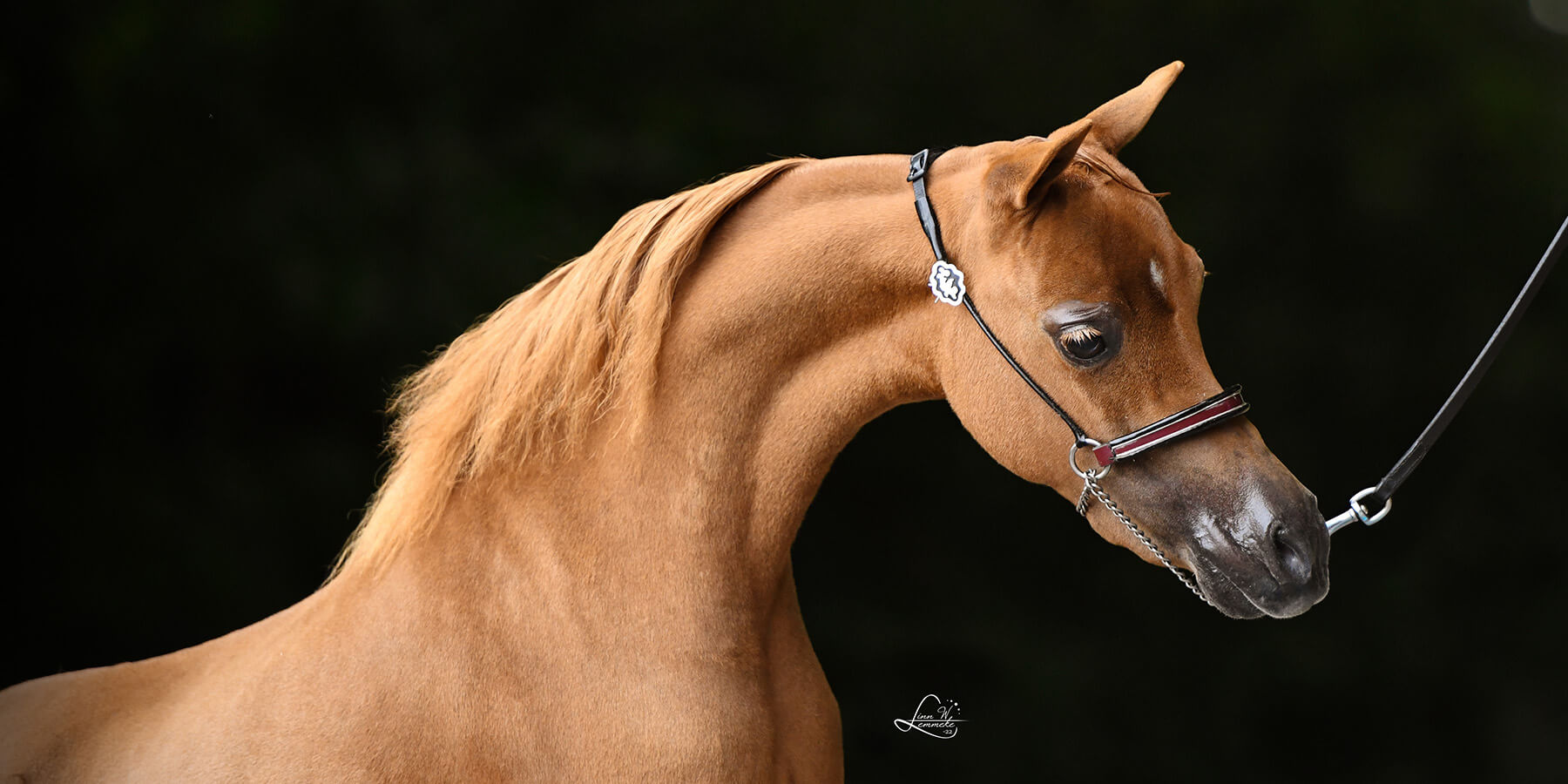 DelSastre EBF Mi Oriana can be described in just one word: WOW. She has everything we are looking for in a top show horse: Gorgeous head, short back, long legs, extreme long neck and show attitude.