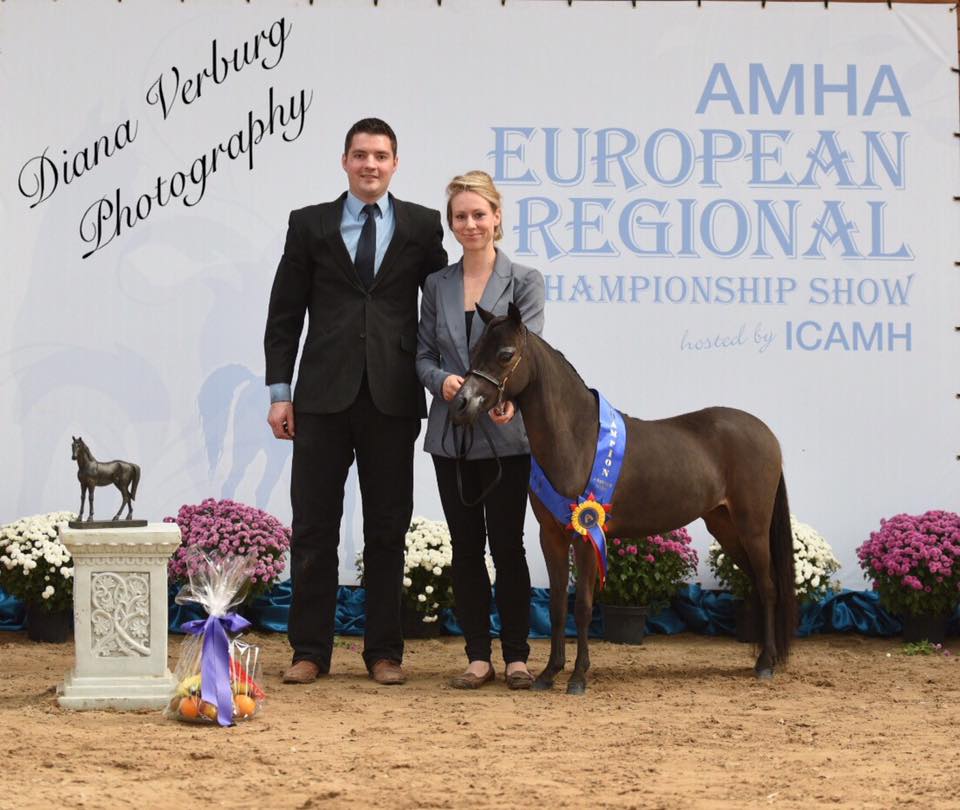 We had fantastic results at the AMHA European Championship Show on the first weekend of September. With three horses shown by their various handlers (we have quite the European team with German, Czech, Dutch and French trainers and drivers and handlers and helpers) we have results that we never had thought would be possible.

But what makes me really happy is finally having my horses home after the show season and seeing them enjoy their time in the pasture, just being a horse. Ribbons and trophies are great, but watching happy horses is what it is all about!