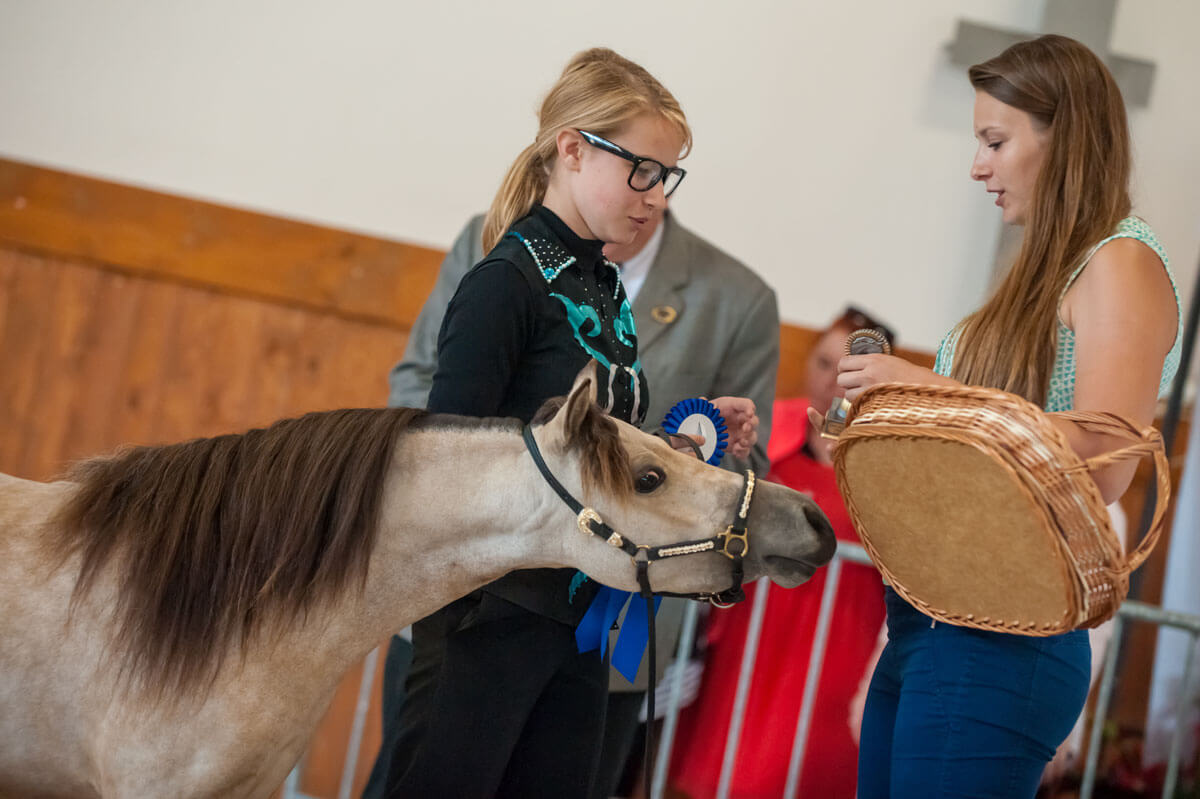 The AMHC Czech InterCup near Prague was held for the second time in a row now. It is so far the only AMHA approved show closer to us and doesn’t require the usual 10+ hours on the road. Host was the AMHC (American MiniHorse Club Czech Republic) who again organized a fantastic show: beautiful venue and great atmosphere, fabulous decorations, generous prizes for the participants … what more could one ask for ;-).

Our horses did very well and were beautifully prepared and presented by Veronika. Amy came in first in all her classes. By now she has so much routine and is also safe enough also to be loaned out to a youth exhibitor (Veronika Scholzová) who had a lot of fun showing and winning.
The two yearling mares we had there did also do very well. It was the second show for Fleurie (Modello STR Bailamos Firenze) and this time she was in much better condition than 5 weeks ago in Asten. The change in feeding and a little conditioning obviously paid off.
Cosi (Modello ANA Bailamos Cosi Fan Tutte) – leased to and shown by André Hunger (EastSide Miniatures) – had her show debut. She had her own thoughts about the whole thing and trotting away from the entrance (bad enough!) and away from her horse friends (even worse!) were clearly not what she had in mind. But considering the fact that she had only a little over a month in training she did very well. André is doing a great job with her. It will be exciting to see what the future has in stock for these two pretty girls.

Hopefully the AMHC Czech InterCup in Prague will become a constant in the show calendar. And maybe we will see some more exhibitors in the ring next year!