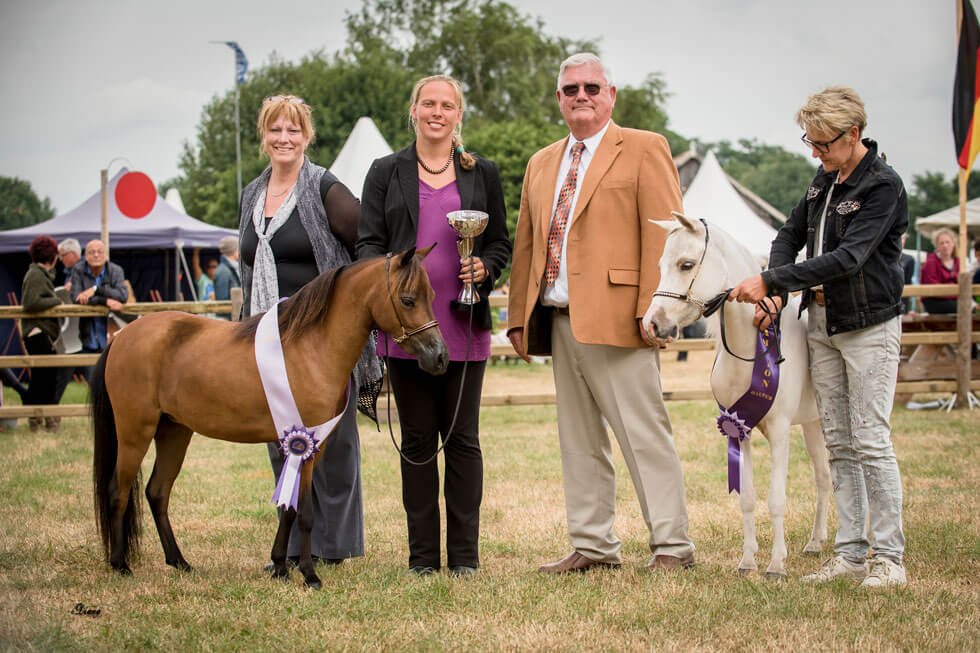 The show photos were not ready until this week so that’s why the report from our horses’ participation in the Dutch International Open is a bit late. The show was hosted by the EUSAM (European Studbook American Miniature Horses) and like every year took place during the Farm & Country Fair in Aalten/NL. Besides the miniature horses there are many other things to be seen there and everyone was having a good time.

Veronika was showing Amy and Magic and guess what?? They won each and every of their classes!! Both mares were in great form and the US judge did seem to like them a lot, especially Magic. Here are the individual results: