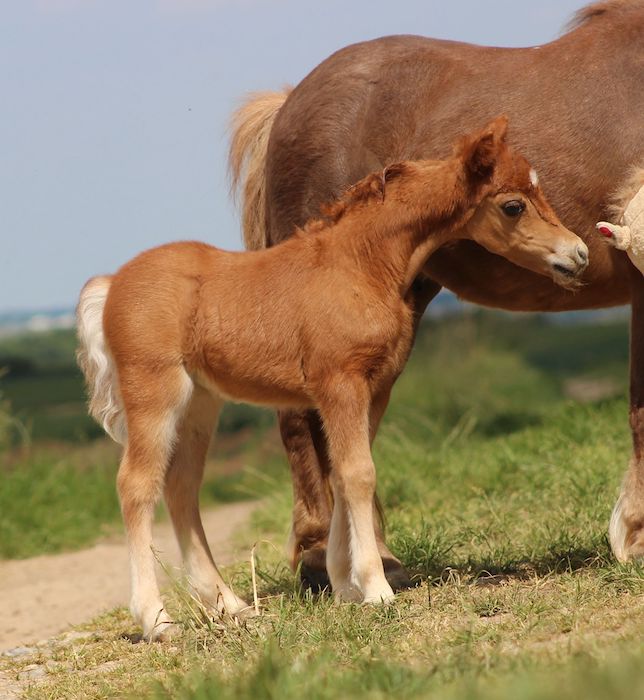 Finally there are some current photos of our miniature foals this year. Both are now almost two months old. They are both doing very well and I am extremely happy and proud of them.

The beautiful Oscar (DelSastre Dakota’s One In A Million) found a new owner after only a few days. He will to go to France for training next year and then be shown. Later on he will move to his new home in Lithuania.

The incredibly cute Oriana (DelSastre EBF Mi Oriana) was supposed to be sold too, but what can I say …. I changed my mind after seeing the photos Cédric sent me. She will move from France to us in autumn. Here she can keep her sister Princesa company. As expected, the two are very mich alike, with the same big ego ;-). Hopefully the next year will be back to normal in terms of show planning and the two can also be presented at one or the other show.