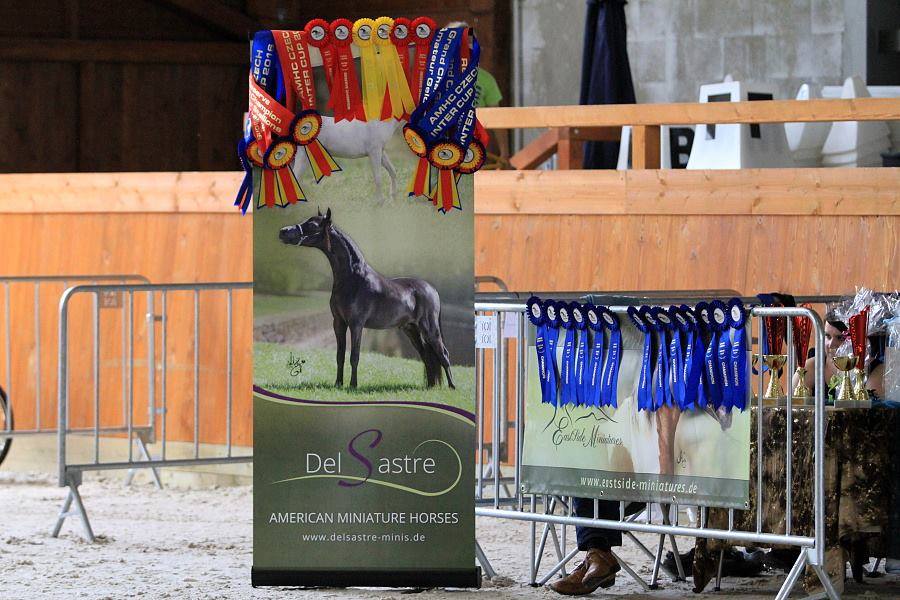 It’s Showtime for Miniature Horses – this was true on the first weekend of June with two shows at the same time: one was the IMHC Show in France where Kevin (Aa Creek Midnight Dreamboy) was shown and at the same time the AMHC Czech InterCup in Prague with Krissi (DelSastre Al Attal Hawk Krystal) and Amy (Modello Hawks B Buck Behold I Am) in the show ring.
We were very successful on all fronts with Kevin being first placed in all his individual classes and winning the titles of AMHR Reserve Grand Champion Junior Stallion Under on Saturday and AMHA Open Grand Champion Junior Stallions on Sunday, both times expertly shown by his trainer Cédric Dubroecq. Krissi and Amy were presented very well, too, and brought home a bunch of ribbons and trophies, added with one or two Grand Champion titles. The girls have earned themselves a little break now and will probably shown again at the AMHR European Nationals in August in Belgium.