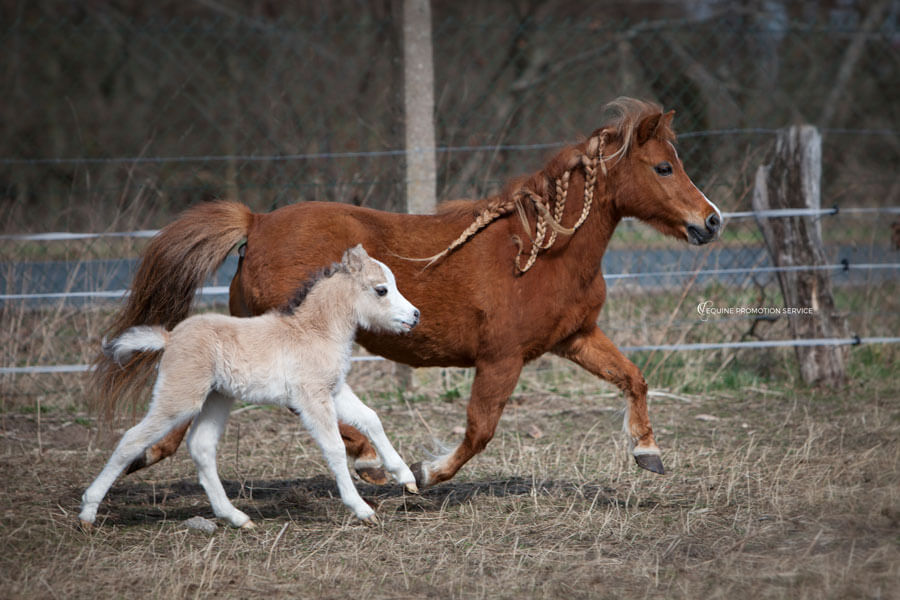 Our first Miniature Horse foal was born! In the evening of March 27 our sorrel mare Carrie (Lucky Four Customized American Idol) foaled a healthy and stunningly beautiful colt. He was on his legs only minutes after he was born. And less than an hour later he already tried to canter around his tired mother.

From his looks he is almost an identical copy of the sire Marystown Charmer’s Master Piece (see photo below). Like him he is a Buckskin with a bald face. Unlike the sire he doesn’t seem to have blue eyes but it’s hard to tell at the moment. Otherwise he seems to combine the positive traits from both parents. He has the same beautiful head and neck as well as correctness in conformation like his dam. His sire passed on his color, movement and elegance. The combination of Miniature Horse (dam) and American Shetland Pony (sire) turned out exactly like we were hoping it would be. In short: a foal that has everything any breeder could wish for!