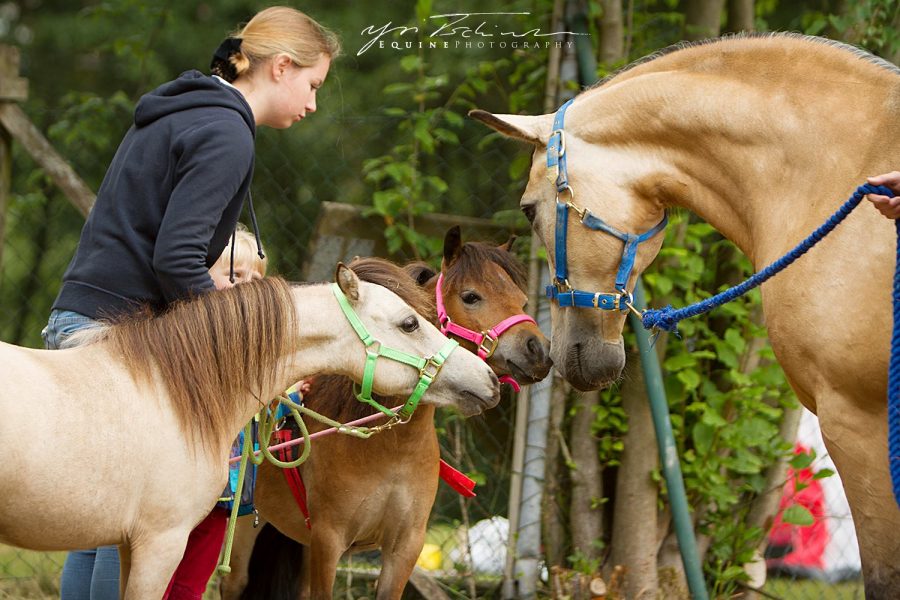 Two of my Miniature Horses, the 2 year old fillies “Genna” and “Amy” had a not so usual job during the past weekend: they were acting as “ribbon ponies” at “Pasos y Pasíon”, a show for Paso Fino Horses and Peruvian Pasos, organized and hosted by Britta and Gerd Mülle (Paso Finos im Fliedetal) in Flieden/Germany. Gerd’s young granddaughter Julia and the two Minis brought the ribbons into the ring and handed them over to the winners and from what I was told they won the hearts of everyone ;-).