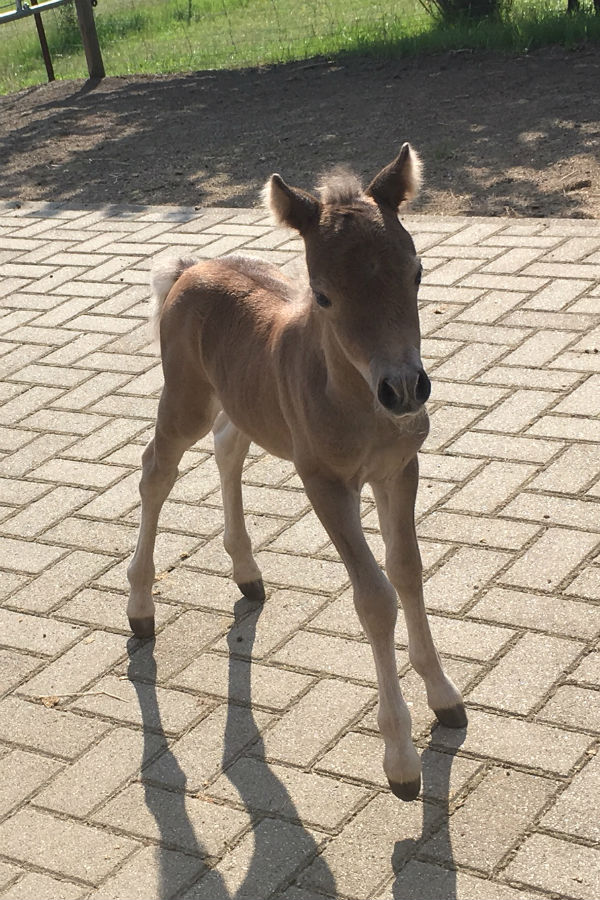 Our beautiful grey mare “Sissi” (Sonoita Sizzling Mardi Gras) must have been bored when she decided to spice things up a bit for us. Not enough that we had two possible breeding dates (as far as one can tell with pasture exposure) to estimate possible due dates. She also managed to fool the Radco birth alarm and us a couple of times, resulting in false alarms and driving to the barn in record time. everybody involved has probably gotten a few more grey hairs during the last week! But on June 4th half an hour before midnight it finally happened – a quick and uneventful labor and “Mariechen” was born. 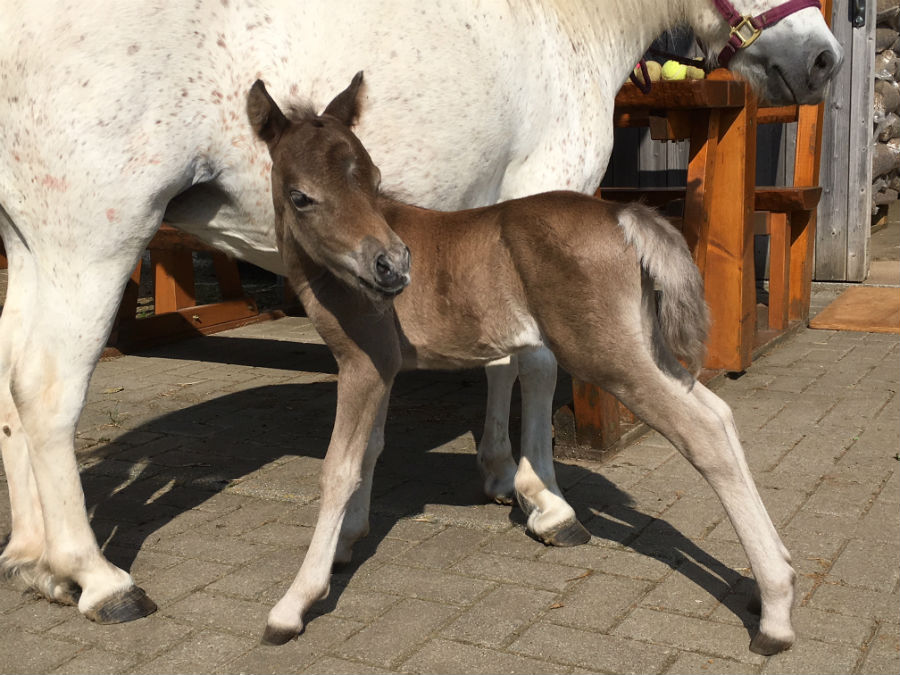 As you probably can see in the photos, this little girl was absolutely worth the wait: a beautiful refined filly with a head like an Arabian horse and on top a colour no one had expected. Sissi is obviously carrying the silver gene along with grey. And time will tell if her daughter will also turn grey or stay silver.

Our new little addition was named “DelSastre Dreamboys Madrigal”. Her sire “Kevin” (Aa Creek Midnight Dreamboy) produced extremely well in combination with Sissi. And we hope that Mariechen will follow in his footsteps and prove herself in the show ring when the time has come, just as he did. 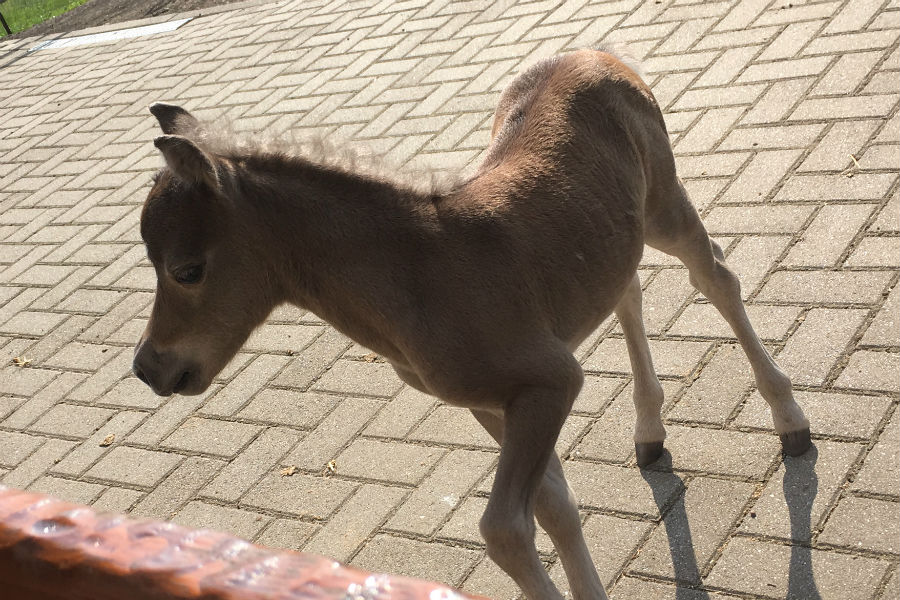