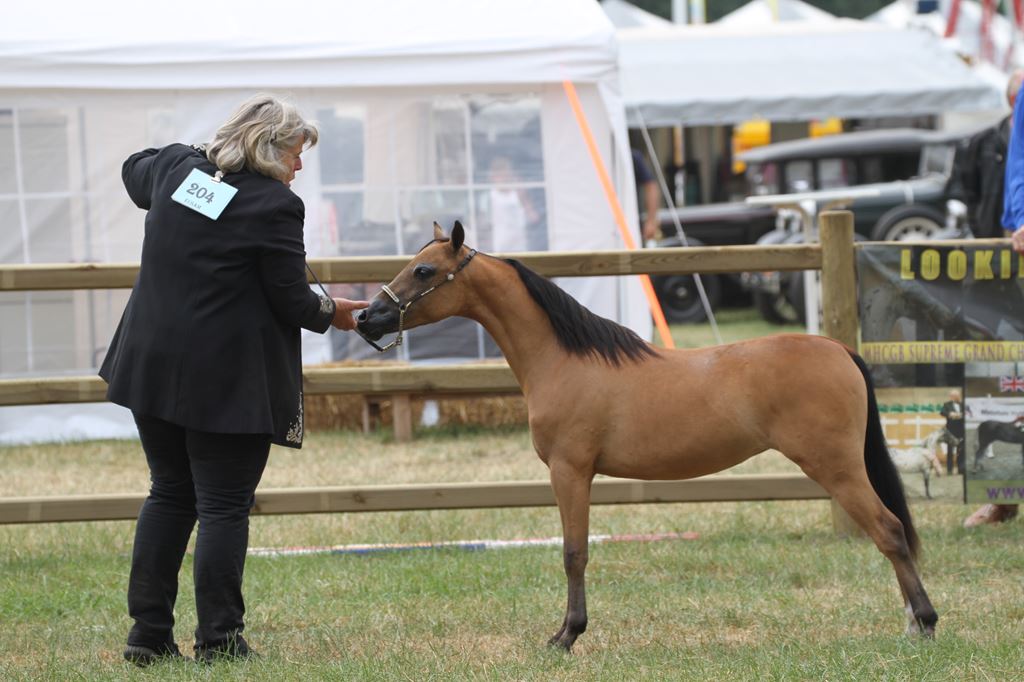 The EUSAM Dutch Open in Aalten takes place every year at the and of June and is by now a tradition for many miniature horse lovers. Due to the show being a part of the Farm & Country Fair, the most popular and biggest Dutch fair around country living, there are many other things to see and to do during the show breaks! 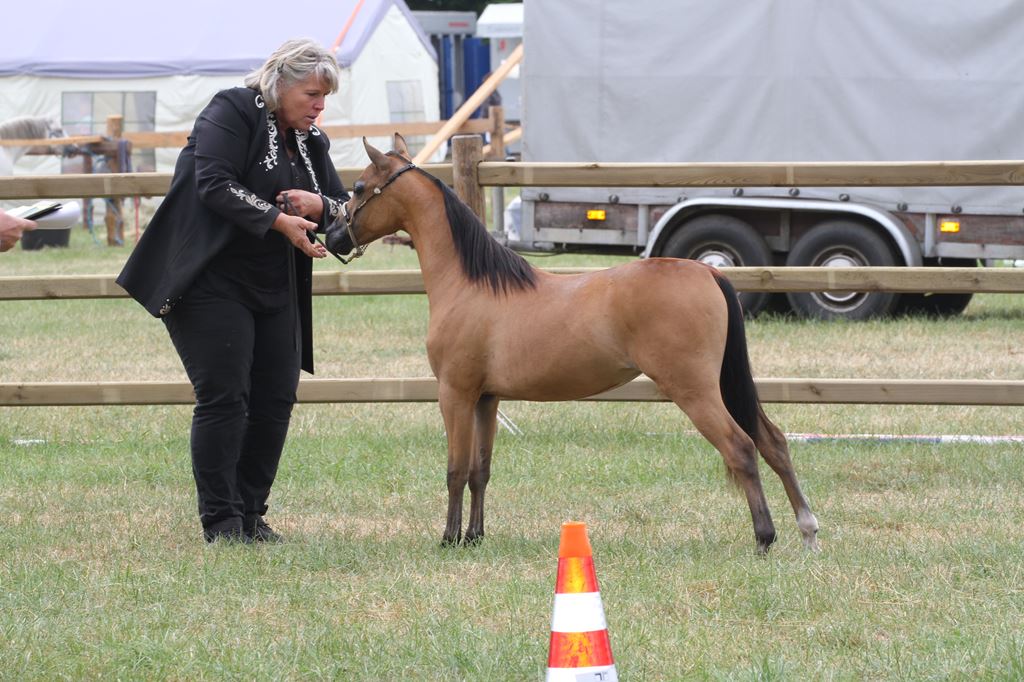 Gem (Cross J Painted Gem) and Fashion (Little Kings In Fashion) both arrived from France and were beautifully presented by Sophie Monchicourt and Jules Ancelin (Liberty and Youth classes). Gem had already been shown a couple of weeks earlier at the Equuspirit in Belgium. For Fashion it was the very first time in the ring which is always exciting for everyone involved. And especially at an Open Air show like the Farm & Country Fair there is an abundance of new sights to take in for every horse and even more so a green yearling. 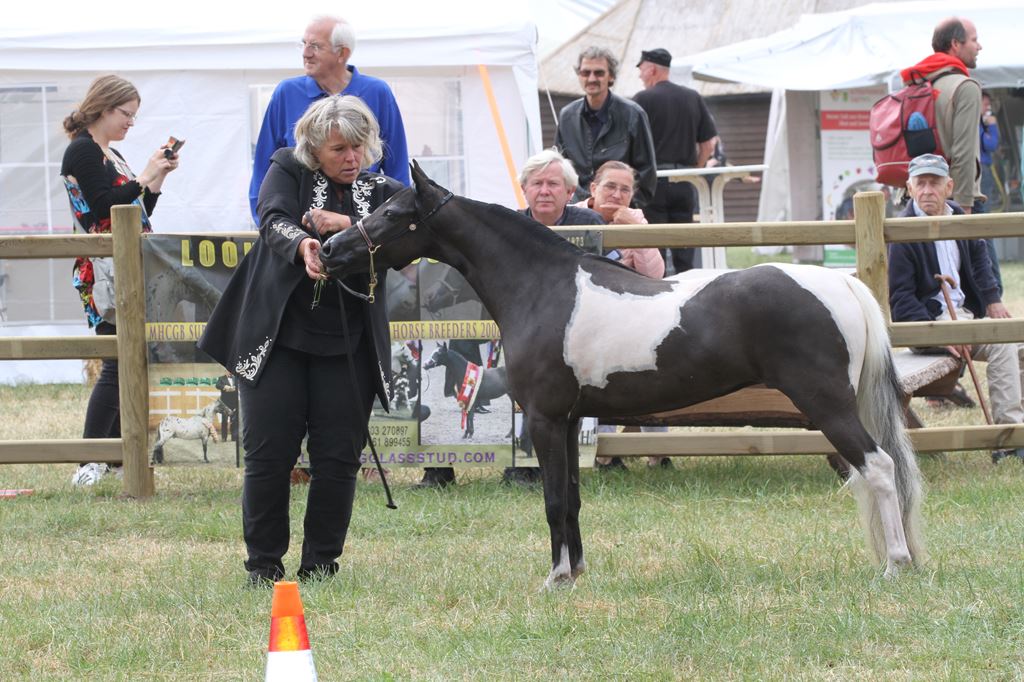 Both mares did very well in their classes. Fashion showed how well she can trot in the liberty on Saturday and won the class. Gem won the liberty class on Sunday. In addition Sophie showed her to the AMHR Mare Grand Champion Over title and went on winning AMHR Supreme Champion Open Halter. What a huge success!! 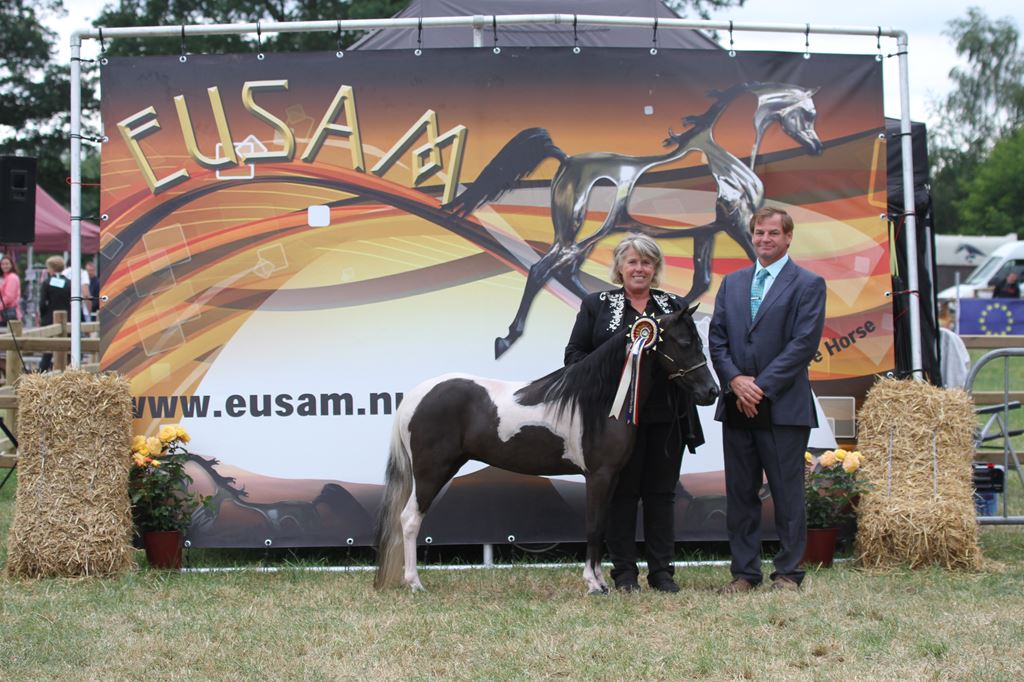 Our beautiful Fleurie (Modello STR Bailamos Firenze) was also there and was successfully shown Veronika Pazourková. She was entered in liberty and showmanship for the very first time and did great. We are especially proud of her Reserve Grand Champion title in AMHR Mares Over behind Gem. And to make a great weekend even bette, she was awarded EUSAM Supreme Champion EBBO!!

Unfortunately we have no good photos of Fleurie from the show, but at least a video from her run in the liberty on Friday. She sure looks like she was having a good time there :-).