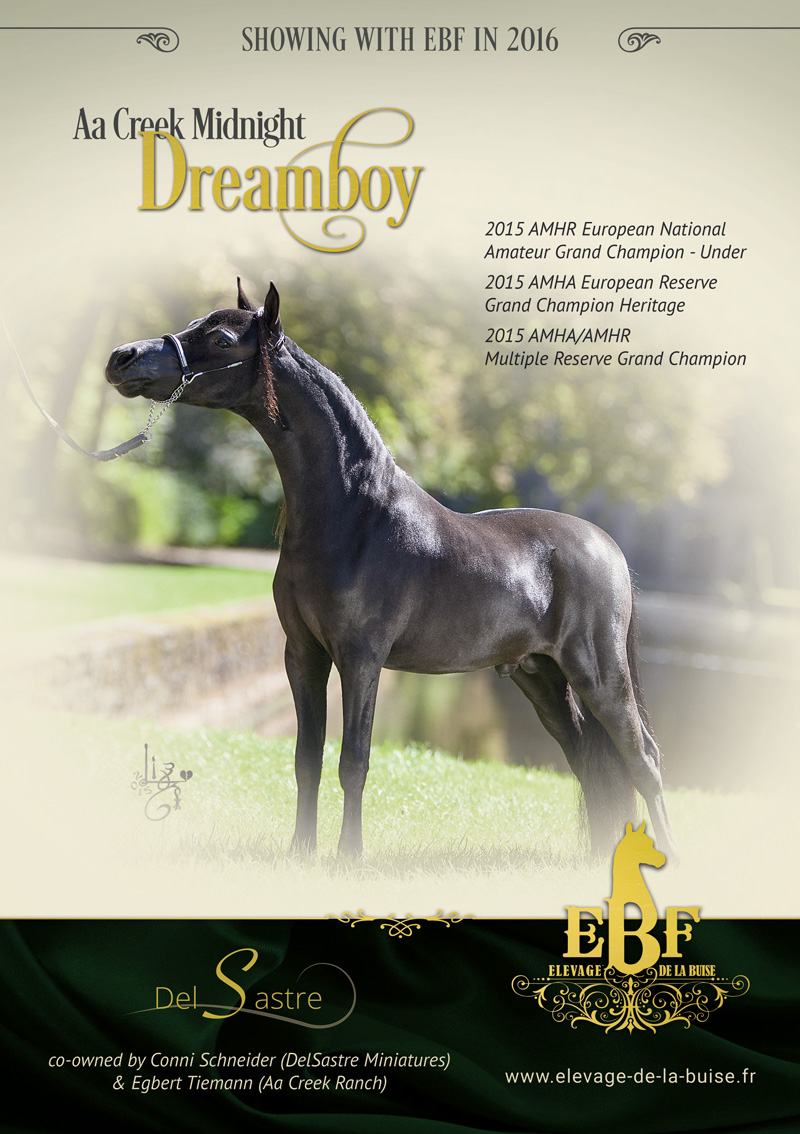 The planning for the show season 2016 for Aa Creek Midnight Dreamboy (“Kevin”) is fixed: he will be trained and shown in the open classes by Cédric Dubroecq (Elevage de la Buise, France), in Amateur he will be shown by his breeder and co-owner Egbert Tiemann (Aa Creek Ranch, Germany) just like last year. Of course we all are very excited about the upcoming shows and if he will be as successful as in 2015. The following shows are on the agenda: