Some winter photos before it is too late… 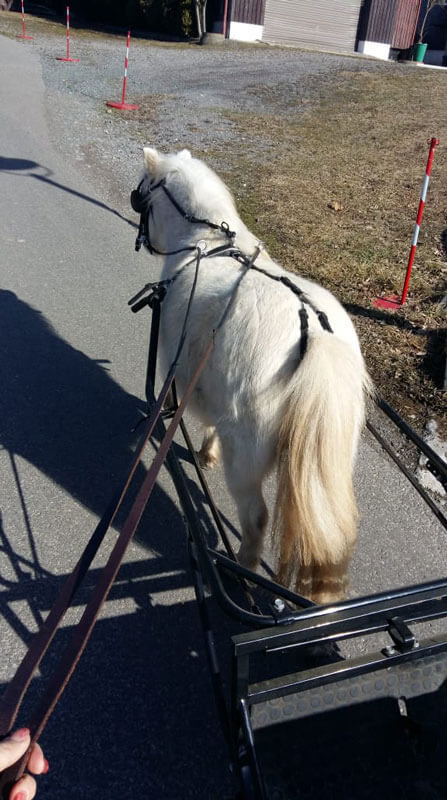 … even though it is not spring yet. In our region spring is always coming late. Some people say we have only two seasons: winter and hard winter ;-). But we had a few really nice days with fresh snow, sun and a clear blue sky – perfect days to take some winter photos. 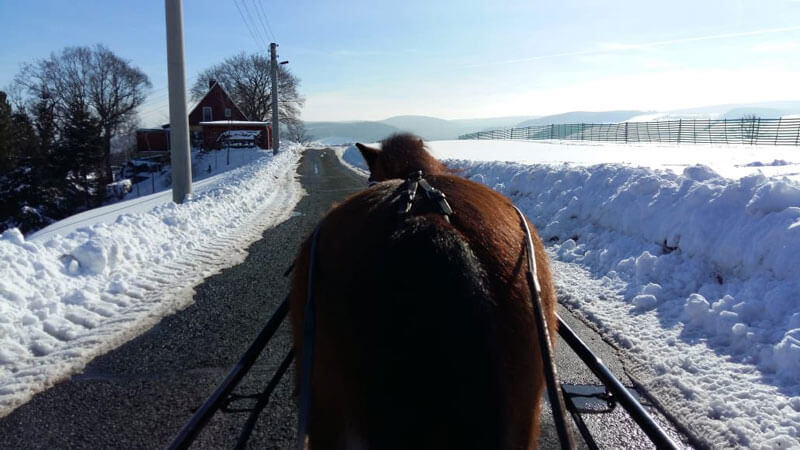 Fleurie during one of her first times in the cart

Fleurie has been broken to drive during winter. And as expected she is her normal sweet and gentle self, no matter what is being asked from her. She is very easy and safe to drive already. With show season approaching soon it will be exciting to see how she will do in the driving classes. 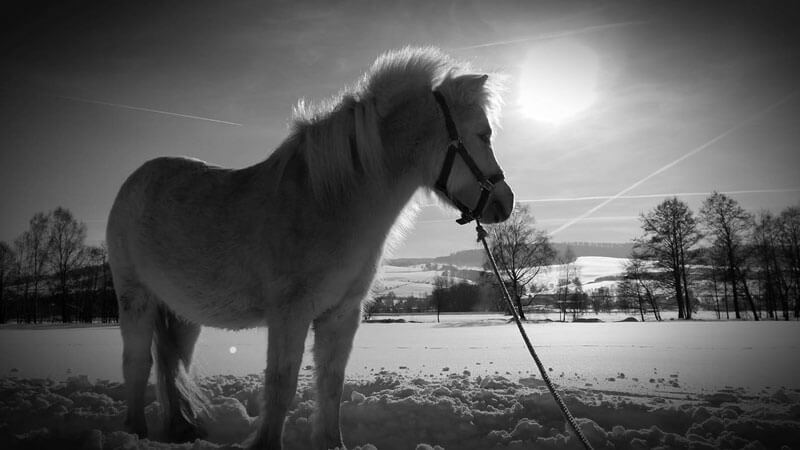 Krissi – a study in black & white 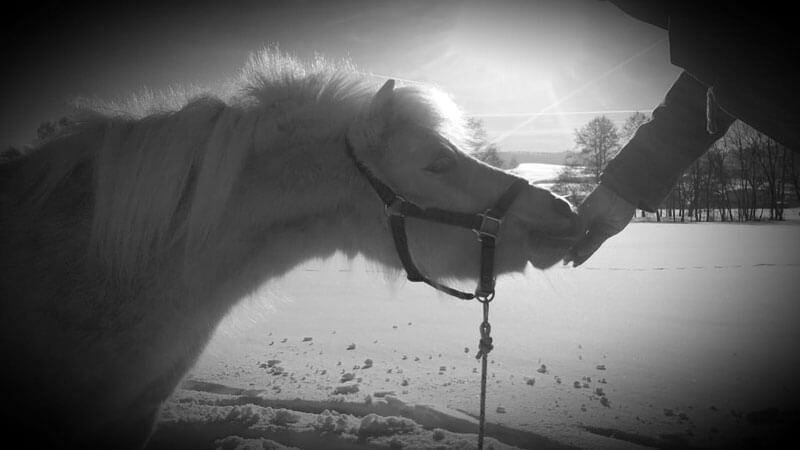 She didn’t forget anything :-) 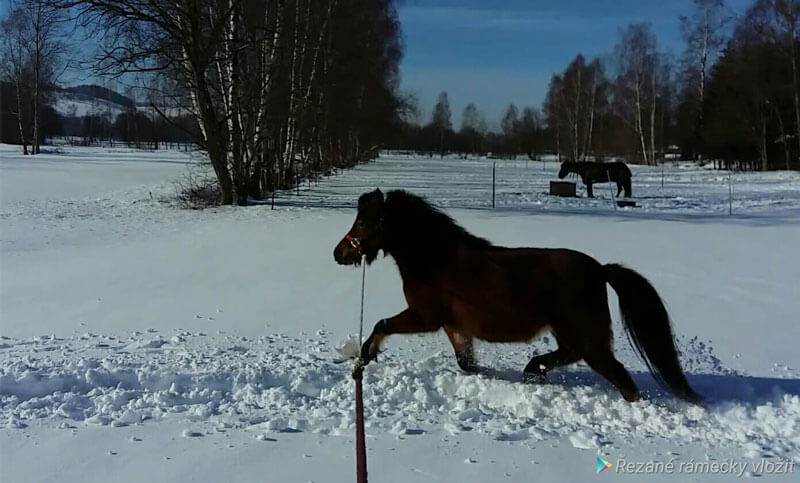 Magic during a little exercising in the deep snow 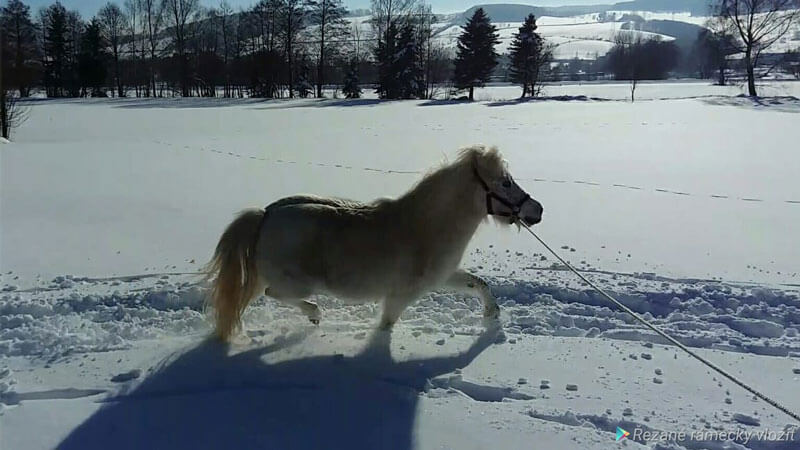 Sissi also knows how to really move and show off

Sissi has also been hooked to the cart for a few times now. Breaking her to drive to a long time, mainly because she had two foals in the meantime. In addition she can be a little high strung and is very forward. Both are good reasons to take things slow and not rush her and risk life and limb. 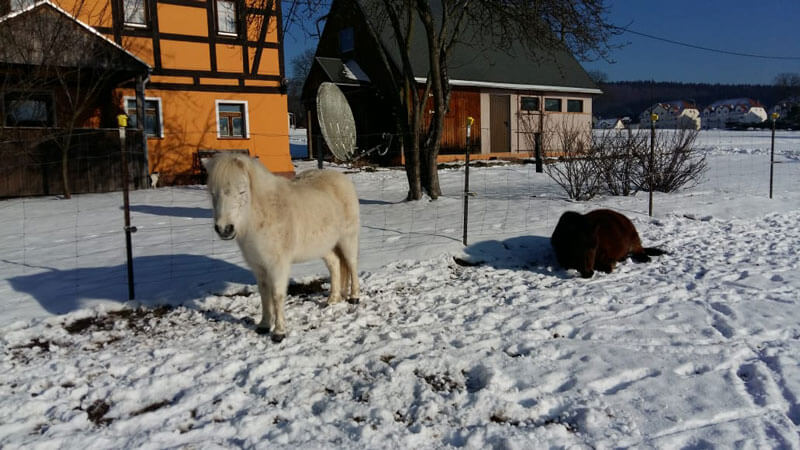 Sunbathing in the winter sun

The two training horses in France – Gem and Fashion – are doing very well. Gem had a break from driving training since last year in order to get back to basics. In addition she received Shiatsu treatments to help with her stiffness. Both paid off – she is back in training and moving better than ever. For me that is once more proof that in the long run the horses do much better with a solid classical foundation. The American way of training with draw reins and chains or whatever on the legs may give very spectacular results in a short time frame. But I always wonder how horses trained this way are doing in the long run and how they are holding up physically and psychically… 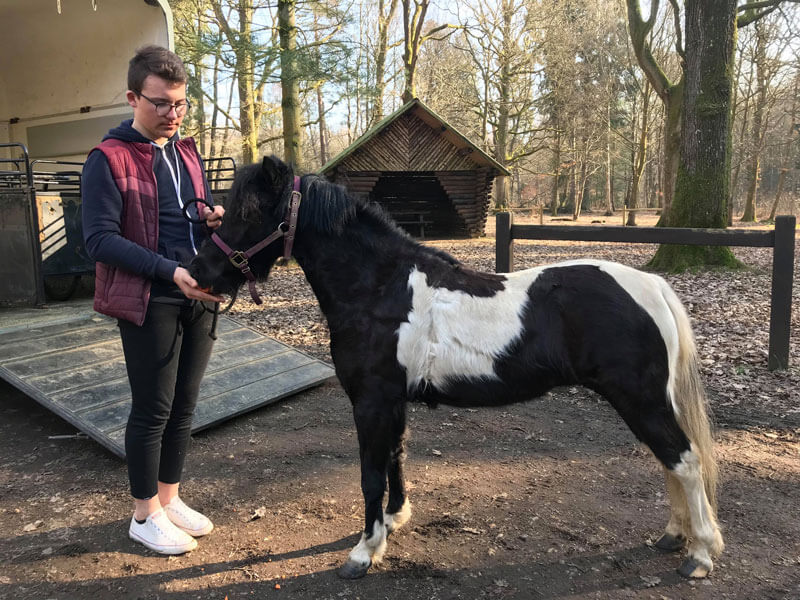 After work – not conditioned or clipped, but still looking great!

And last but not least a little video of Fashion the “moving machine”. She can trot like no other, tail flagging and all. This makes her the number one candidate for the liberty class. The only remaining question is if Jules can catch her in time ;-).