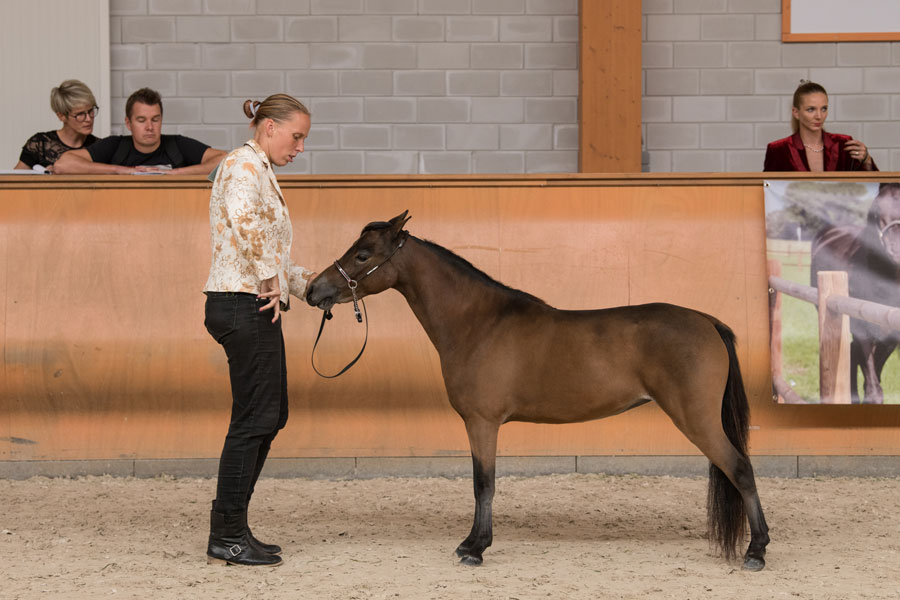 Even though it was already some weeks ago, we look happily back to the success at the last show in 2018. This was the EUSAM World Show in the middle of September in the Netherlands. The name “World Show” may be a little big for a rather small show. Nonetheless, the starting field with participants from several European countries was quite international. 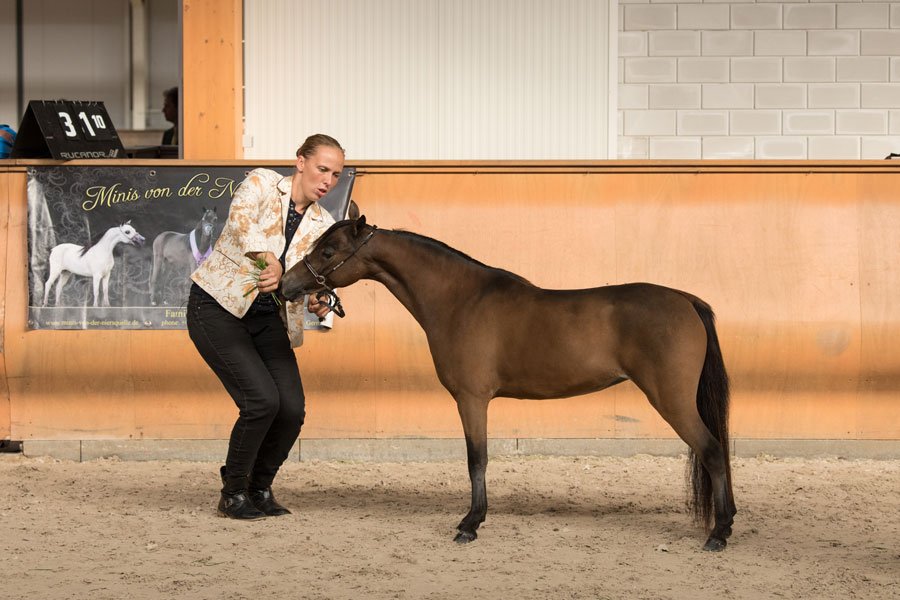 The only DelSastre horse shown this time was Fleurie (Modello STR Bailamos Firenze). However, she had two newly won stable girlfriends with her, so she did not have to make the long trip to Holland alone. Two young AMHR mares from Moritzberg Stud spent time with us in the weeks leading up to the show. Together with Fleurie they were trained and prepared for the show. Both fillies have done their job very well. Each of them took a Grand Champion title back home to Bavaria. 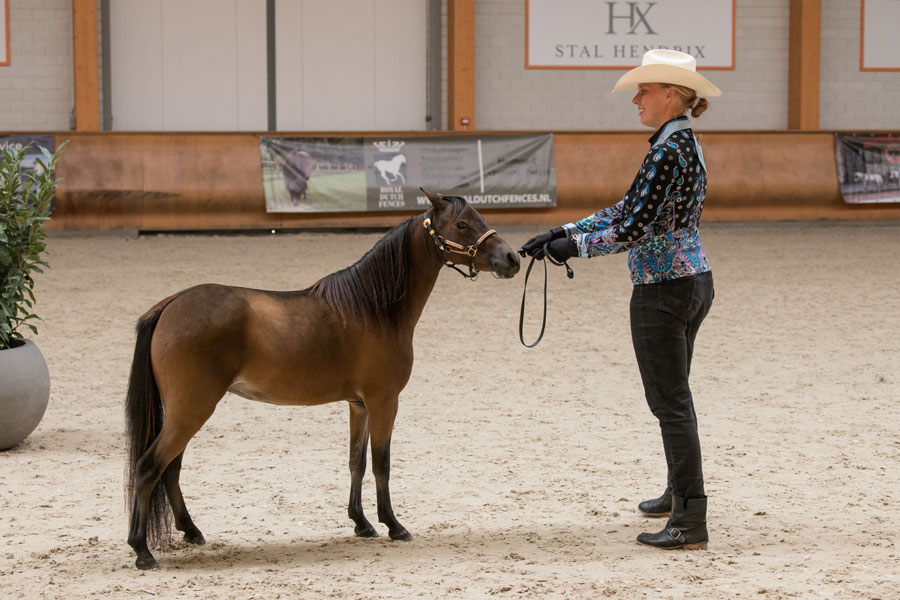 Fleurie has also done very well. With several first places and two reserve grand titles, she has achieved a very nice end to the season. She has more than earned her break from show training now. Of course, variety also works well and so, in the meantime, the first preparations for harness training have started. She does her job very well so far and is relaxed and eager in the matter. Maybe it works already in the next year with one or the other start in a driving class. 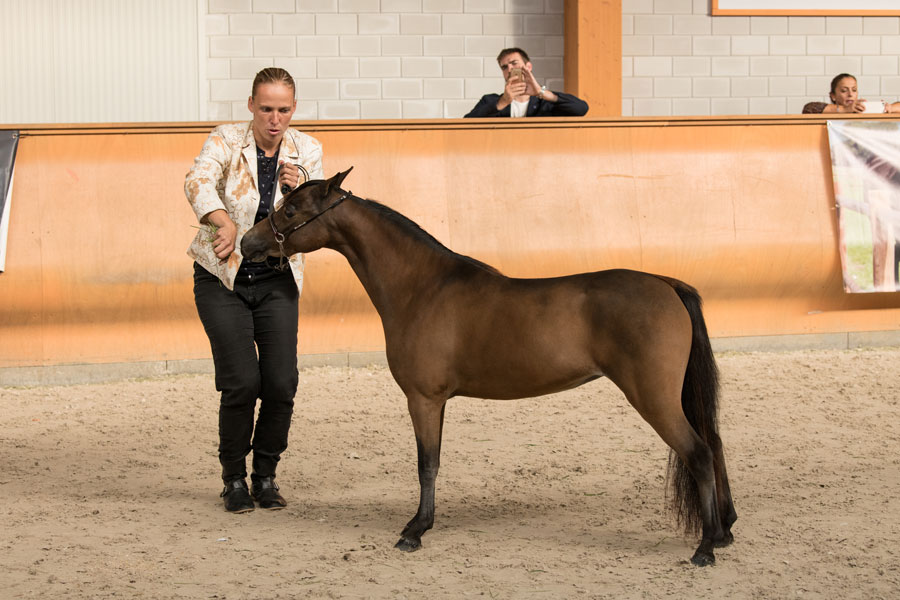 New homes for two of our horses

There are also two small changes in our herd. After some consideration, our sweet little “Mariechen” (DelSastre Dreamboys Madrigal) has been sold, with a laughing and a crying eye. But she will grow up in the beautiful Westerwald with other mini horses and be a part of a future breeding program.

And also Bella (Modello M Jess Bailamos Belleza) has found a new home and we could not have wished for a better suited one. She is in loving and competent hands with Katy Hoffmann (Short Cut AMHA Horses ) in Brandenburg. There she will hopefully make a successful career as a driving pony and broodmare.