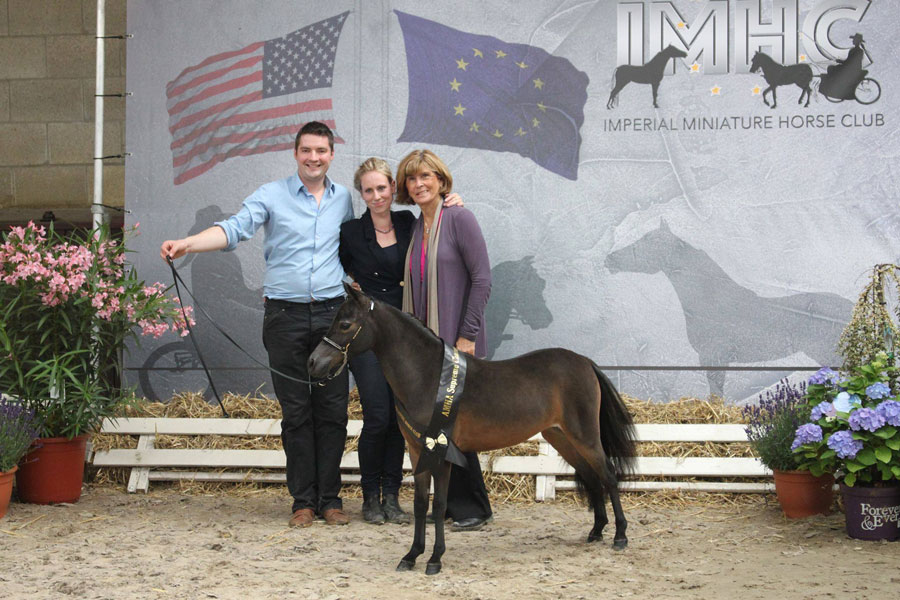 “Magic Moment” (HT Da Magic Moment) – my spur of the moment purchase I made in autumn last year – created some really magic moments over the last weekend. She was shown at the IMHC Aliquam! Show in Tilburg (NL). Petra Mom and Maurice Felkers who have leased her for this year’s show season have her in top form and presented her so well that the list of her winning and accomplishments is quite long. And on top of all this she was awarded both AMHA Amateur and Open Supreme Halter horse on Sunday!! It can’t get any better than this and to say we are extremely happy and proud is almost an understatement!!
“Kevin” (Aa Creek Midnight Dreamboy) was also shown very successful and went home with an Open Reserve Grand and Open Grand title. He is getting more beautiful with each show and his trainer Cédric Dubroecq (Elevage de la Buise/FR) has him in perfect shape and condition.